I hit a milestone over the long weekend on the medium tool chest project.  I am officially done with the carcass.  The skirts are fitted, the drawers are done and the saw tills and chisel rack are attached.  There is literally nothing left build-wise but the lid and dust seal.

The second set of saw tills (for my backsaws) came out much better than the panel saw till.

The whole assembly has become a bit unwieldy, so I think I’ll pause the build process so I can paint the box and attach the handles.  I think two coats of paint on a lazy September day will do just fine.

Cards on the table, I’ve enjoyed the build, but I don’t think I’ll actually use this tool chest in my apartment woodworking shop.  It’s just not big enough for all of my tools.  I don’t own a set of moulding planes, but I definitely own more than just two panel saws and three backsaws.

That having been said, I stuffed the chest full of tools this morning, for the first and last time. 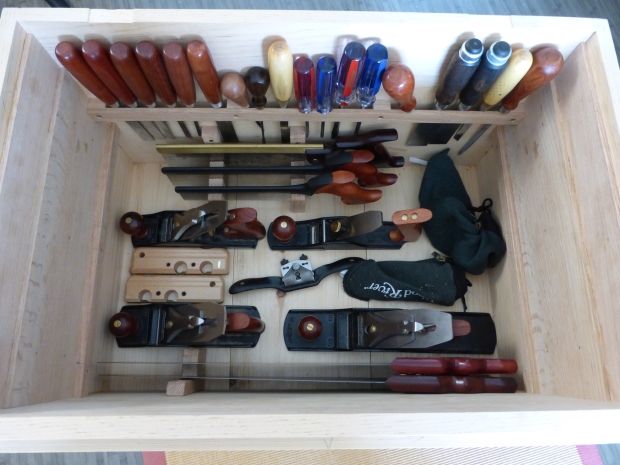 That doesn’t even include the jointer plane I’m still intent on buying.

Yes, I’m a huge fan of Mythbusters. Thanks for asking!

And the shallow tray: 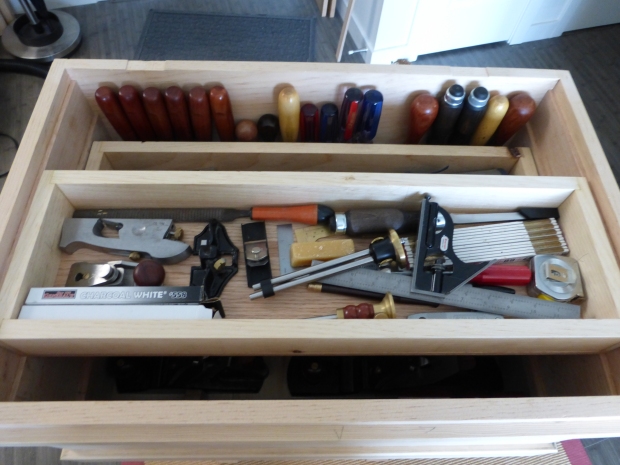 Admittedly, almost all of this stuff (other than the small planes and the rasp) lives on my bench.

It felt almost disingenuous staging all of those tools for a couple of pictures, but I to confirm my suspicion that this was the wrong size tool chest for me.  Plus, I got some pretty good tool pron out of it.

I will still complete the entire build so I can gift the chest to someone.