I know it’s only an hour, but I truly despise Daylight Savings Time.  Most of my clocks adjust automatically, but that’s not the point.  For the third year in a row, I didn’t realize the clocks rolled forward and I started woodworking before quiet hours ended.  I’m an early riser, so this morning, I was woodworking audibly while everyone was still sleeping it off.  I didn’t get a noise complaint this time, but that’s also not the point.  I’ll say it:  Daylight Savings Time is stupid in 21st Century society. 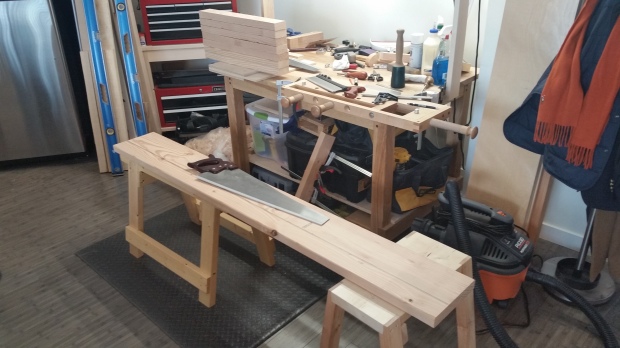 On a side note, I am finally using the last of the home center Douglas Fir for an upcoming project that is totes adorbs.

Not exact a positive pedigree for a concept.