What feels like ages ago, I set out creating a list of the first tools a beginner handtool woodworker should acquire. That list has never been far from mind, as it’s the question I get asked most.

I always felt guilty, though, because one of the tools on the list I did not own: a regular No. 5 jack plane. Well, it turns out I did own one; I had just forgotten about it when I culled my tool chest during the move into my new apartment. The regular No. 5 in question is a “contractor grade” Stanley purchased off Amazon. The one with the molded plastic handles. Everyone makes bad tool purchases, but I recently took the plunge and put in the work to make it serviceable, which was less laborious than expected.

Before anything else, I knew I wanted to replace the plastic handle and tote. I cannot thank Greg Droz at http://www.drozsoldetymestanleytotesandknobs.com/ enough for his excellent work and great price point on a replacement tote and knob. Made of rosewood, they fit the modern plane perfectly and have a great look and finish. I highly recommend you check him out. 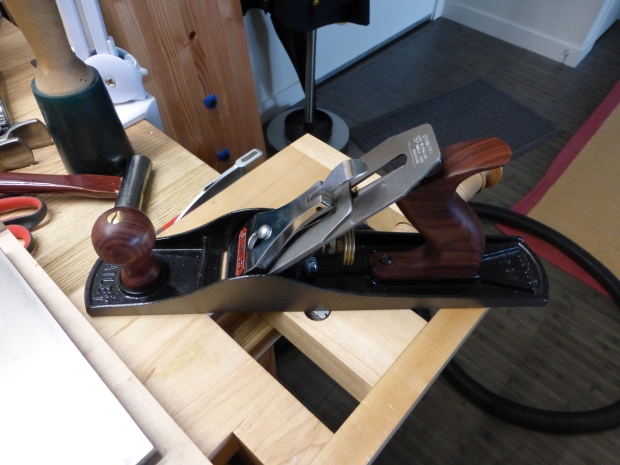 Next on the agenda was flattening the sole a bit. Even just by eye, I could tell it was severely dished. Three sheets of 80 grit adhesive sandpaper on a granite slab brought the sole flat enough for the work I’d require of it. Then a bit of polishing with 120 and 180 grit to a dull shine.  I also cleaned any metal shavings out from under the frog and squared it to the mouth as best I could. 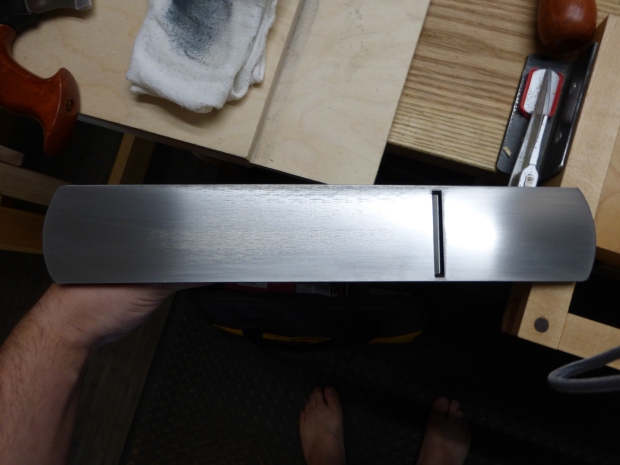 I plan to use this for edge jointing thinner stock, so that remaining hollow along the left side doesn’t really bother me.

While I had the 80 grit sandpaper on the stone, I also took a moment to flatten the back of the plane iron. Of all the sub-optimal machining in this tool, the iron was surprisingly flat and only took a couple minutes on the 80 grit then the 120 grit to flatten nicely. The chip breaker mates perfectly after only a few strokes as well. 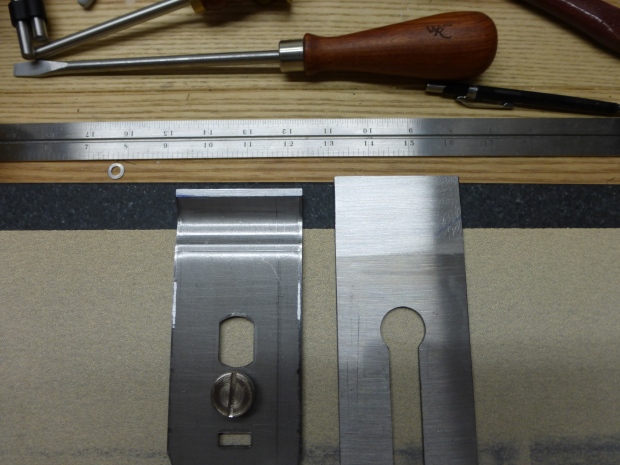 Both were then polished on my diamond plates.

Finally, it came time for iron sharpening.  Flat as the iron may have been, it certainly wasn’t ground square, so the new 30° bevel ended up a bit wider and certainly more skewed than I would have liked. Perhaps I will break out the WorkSharp 3000 to grind it square to reestablish the full 25° bevel in the future. For now, though, it’s fine. 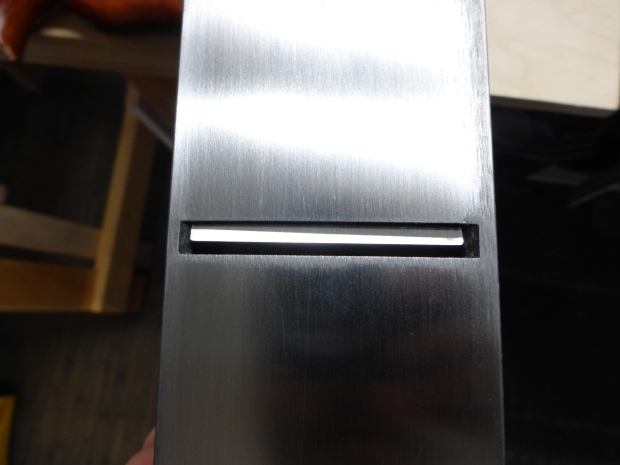 And that was it.  There is a bit more slop on the depth adjustment knob than I am used to and the lateral adjustment lever feels cheap, but all in all, not bad for what essentially amounts to a found tool and 90 minutes of work.  I also should move the frog forward a bit and square one side if I ever plan to shoot with it, but for now the plane is functional and comfortable to use.I took some basic shavings on a scrap of hard maple to test it out. 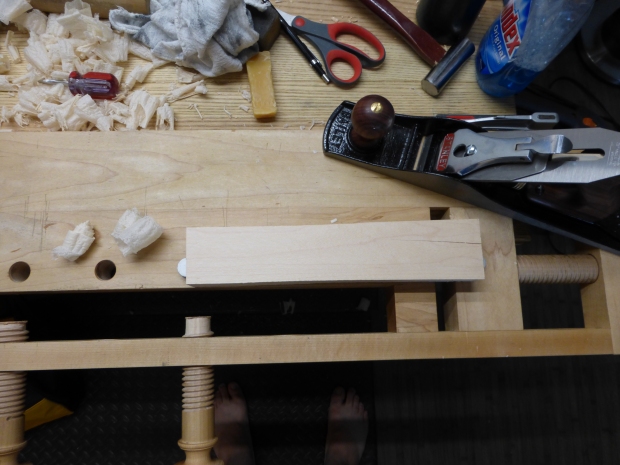 No chatter, but there was some skudding – easily solved by beeswax.

I’m not saying this will become an everyday plane.  But it is serviceable now and will be used mostly for edge jointing and flattening thinner stock. The tool is drastically lighter than my modern bedrock-copy No. 5 1/2 (and even my No. 4 of the same brand), which should give me better control on those delicate jobs.

All told, including the purchase of the new knob and tote, the plane came in just over $100. I don’t think I would go this route again, considering I could either pay just a bit more for a solid mid-grade brand or put just a bit more work into a restoration project from a flea market or estate sale. But the tool was on hand, and sunk costs are what they are, so I’m happy with it.

So now I have functioning versions of each of the tools on my list of beginner hand tools.  I plan to build a project using only the tools on that list and see if I can in fact practice what I preach.