A funny thing happened today when I woke up and went into the shop. Calipers in hand, ready to measure for the plug I was going to make, I decided to give it one more shot. I positioned the holdfast to the left over a scrap of wood, and whacked it with a sledge. Nothing.

Undeterred, I gave it another whack, this time holding the shaft steady as I drove it in. It felt like it seated a bit. After a third whack, it felt like it was grabbing. The fourth whack, it set tightly. Hmm. 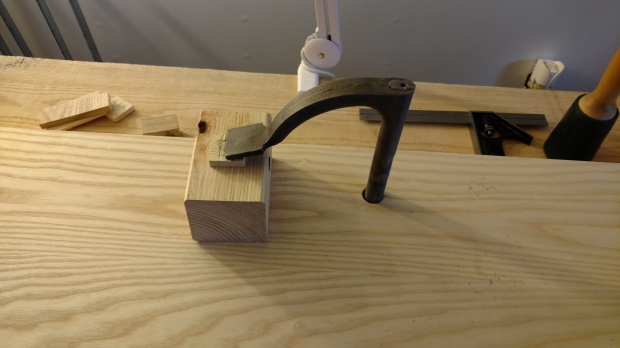 It’s a poor craftsman who blames his tools.

And it works pointed right as well. 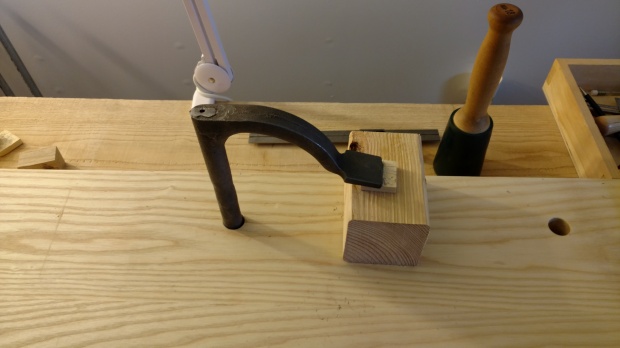 This is not a political metaphor (yet).

I guess the trick is to hold the shaft steady as you drive it in. So, much less sad than yesterday, I bought a corded drill and made a plumb jig to bore the remaining holes (seen above). 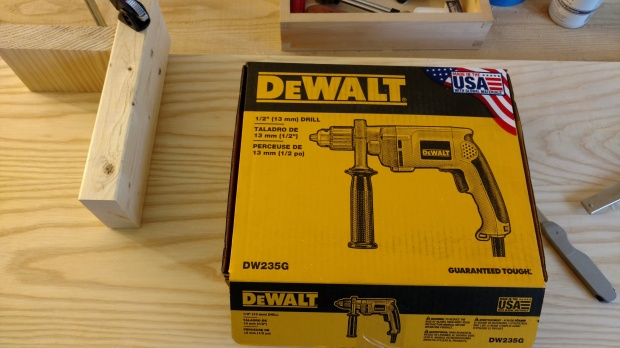 Much like ‘Murica itself, this drill was assembled here with foreign components.

It’s always good to sleep on it.